Some pics from the Gorges.

Got some feed back today. Tansy, one of the coolest gals from Manchester, said she had some probs finding this blog, she said she kept getting stuff for some footballer. Said footballer used to be my hero (you've seen me wearing the shirt) until he left Liverpool FC. His ultimate fall from grace, as far as I was concerned, was when he signed for Man Utd and spent a lot of time sat on the bench, because even Fergie thought he was rubbish! I am the real Michael Owen! (as said by ace DJ Rob Harrison on 106.5.) Mind you, I don't know if Tansy did finally manage to read anything other than flippin' football! (Even I can't stand watching over-paid w...... this season.)

Anyway, not much to report on really. Didn't make it to Cineplex and try my project there, as the weather was a bit iffy and it was easier to stay in bed a bit longer, instead of making the 2 hour drive. So, we climbed just a couple of kms behind our house this weekend. How great is it, when you go out to your local crags and do some new routes one day and do 3 of your favourite hard routes (an 8a+ and two 7c+'s) the next day for a work out? That's what I ask myself most days here: am I glad I left St Helens and climbing at Malham/Kilnsey for this beautiful place? Absolutely no contest there!

Some pics from La Piscine on Saturday: 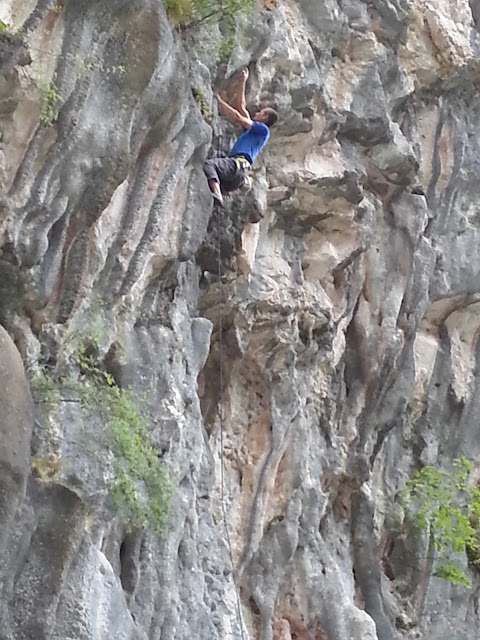 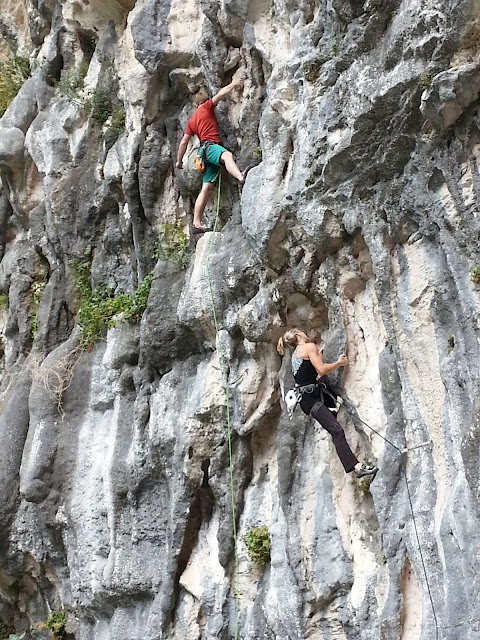 Actually, today has been a bit stressful. Full day at school and Scamp has had the trots, big time (Steady Eddy's favourite saying) last night and when we got home! Perfect time to open an excellent bottle of the red nectar, which was given as a bday present in June, by the best History T in the world: the most modest Mr Bill Griffin. Cheers mate! 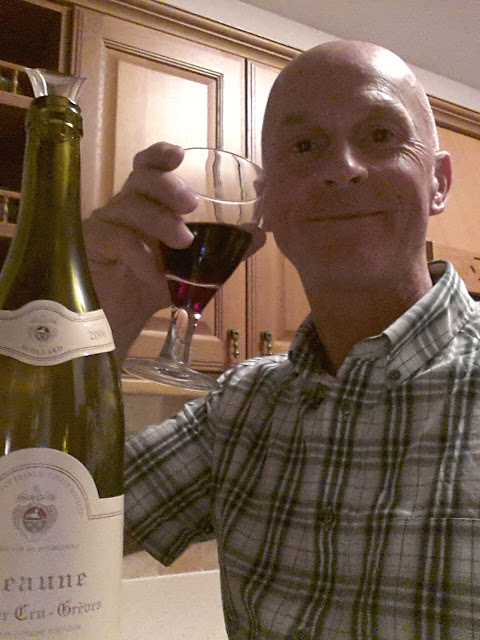 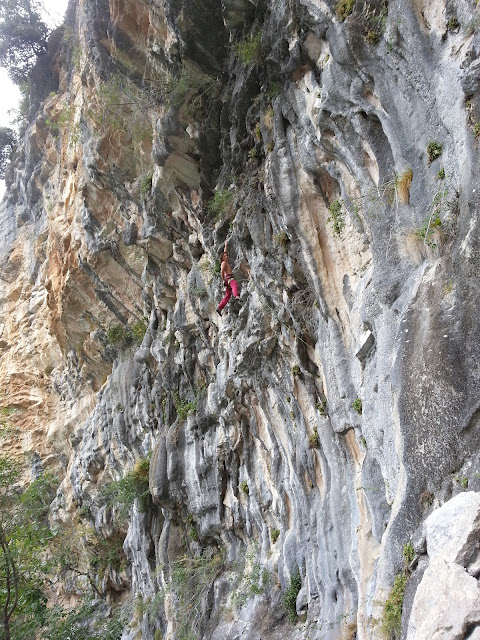