Yes, we're all going on a summer holiday (to quote Cliff Richard from the 60's), although there hasn't been much to write about since our Kalymnos trip at Easter. This has been due to wet crags and a serious lack of outdoor climbing. Nobody down here can remember a winter and spring so bad. It's certainly the worst period of prolonged wet weather we've known in 14 years here. We were climbing at Val de Grimpe (the local climbing wall) even in the last weeks of June!

We only made it one day to Alex Meije's promising new crag near Escragnolles, three times to a wet Jurassic Park and twice to Mesa Verde before the end of term. Hardly enough to build on the fitness and psych after Kalymnos. Still, at last the weather has improved and the crags are dry (apart from Deverse). The only problem is it's virtually too hot to climb now! Just a slight problem!

We had an excellent soiree of Curry and real ales here to celebrate my birthday. Though we had way too much left over as some folks didn't make it. It was great to see Big Ben, Manu and baby Theo, Marie-Jo, Julien, Anna and Philip. A big thank you for coming and also for the excellent T-shirts and desserts.

Muse played in Nice during the last week of term. It was fantastic to see really talented musicians doing their stuff and the visual display was awesome, even though we were a long way from the front. They played all of The 2nd Law and super classics like Knights of Cydonia, Stockholm Syndrome, Uprising, Hysteria and so on.

Tomorrow we fly off to St Petersburg (thanks to a gift from a parent at our school). We'll be staying in a 5* hotel and be guided around the museums, operas and top restaurants. I'd really prefer to be out climbing and getting in shape but it's a chance of a lifetime, so I'm going to go along with the flow and make the most of it (and hopefully not eat too much good food!). Luckily, alcohol is not included, but everything else will be paid for!

When we return it'll be all systems grimpe (hopefully wherever it is going to be coolest). See ya. 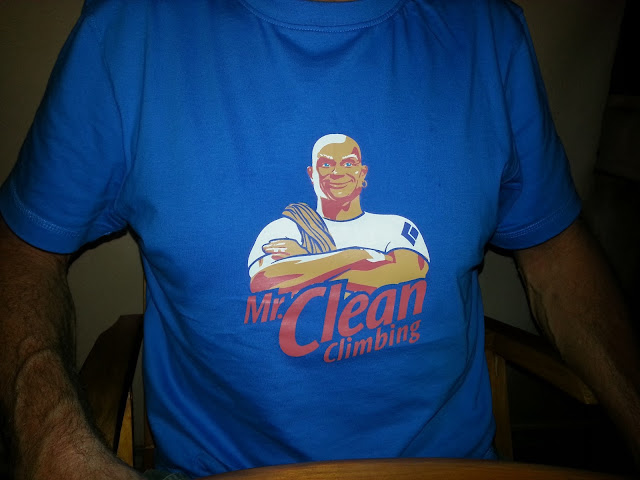 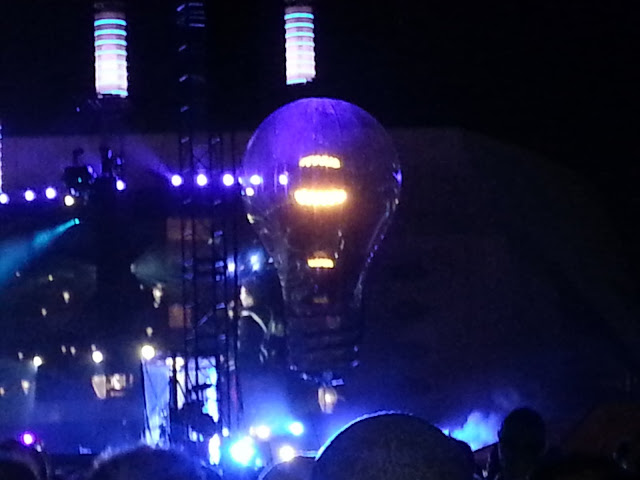 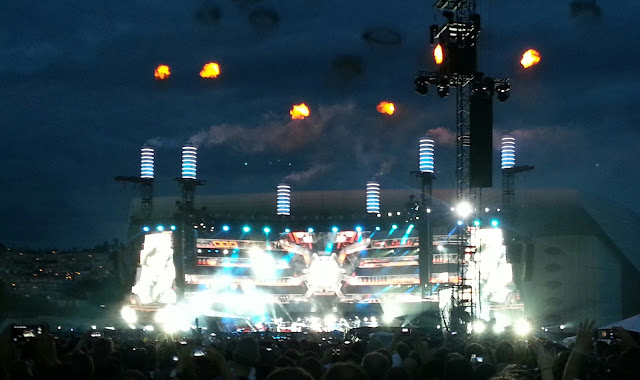