During our year off work we decided to go and see Elaine's brother Dave and his wife Jenny in Shanghai. We got half price tickets from Air France during a promotion early in the year for 1040 euros in total. We also decided to combine the visit with climbing in Yangshuo.

After an 11 hour flight from Paris we went straight to Jenny's parents place in the ancient town of Xin Chang, where BaBa had prepared us our first Chinese meal which included spring rolls, dumplings and chicken and green beans in ginger. Afterwards BaBa took Dave and I on his small motorbike down to the local market (yes there were 3 of us on the bike and none of us wore helmets!). Dave was only too keen to point out the delicacies, eg. pigs' noses, chickens' feet, ducks' heads (including beaks), pigs' intestines, skinned frogs, turtles and so many different types of fish! 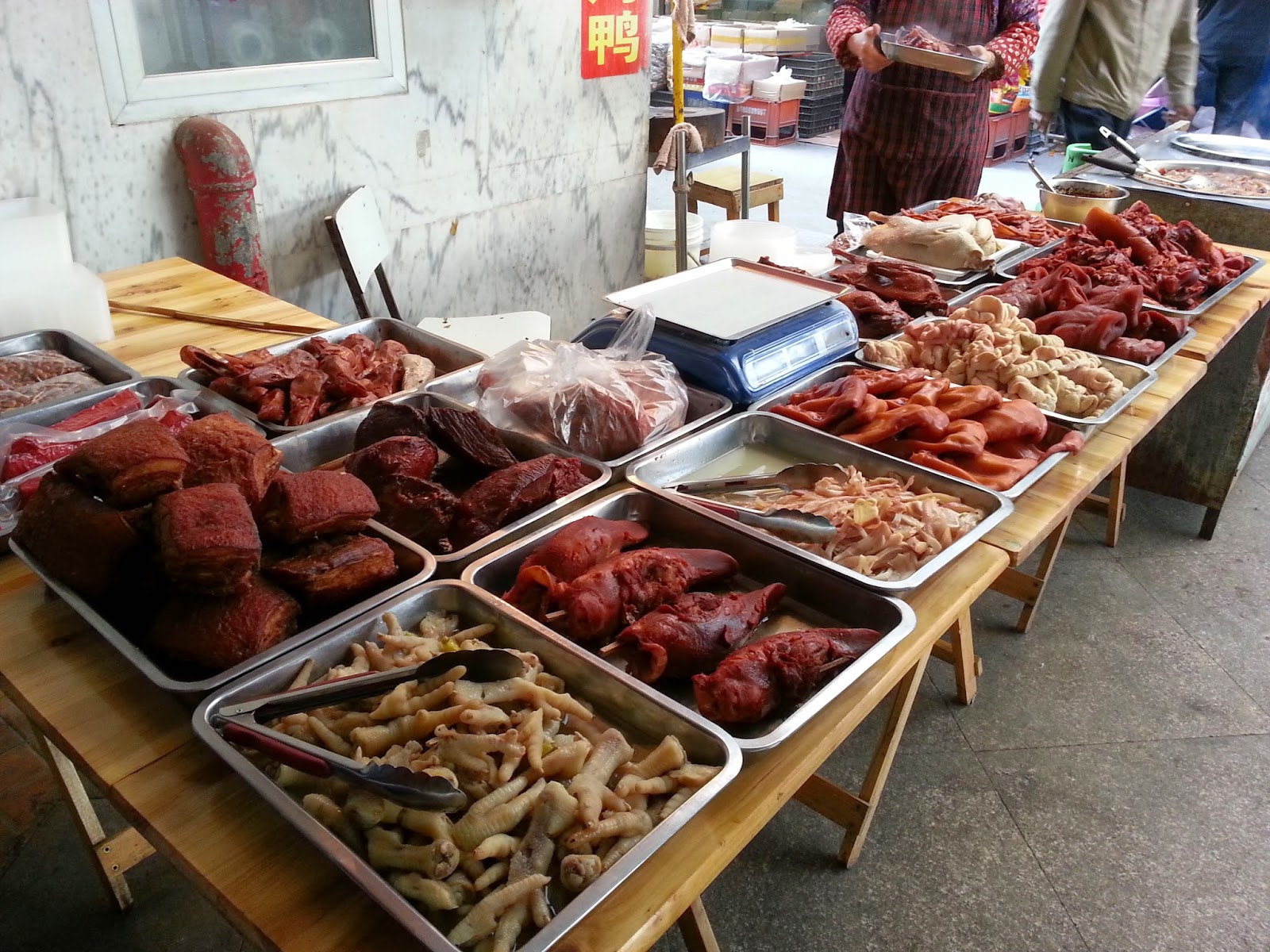 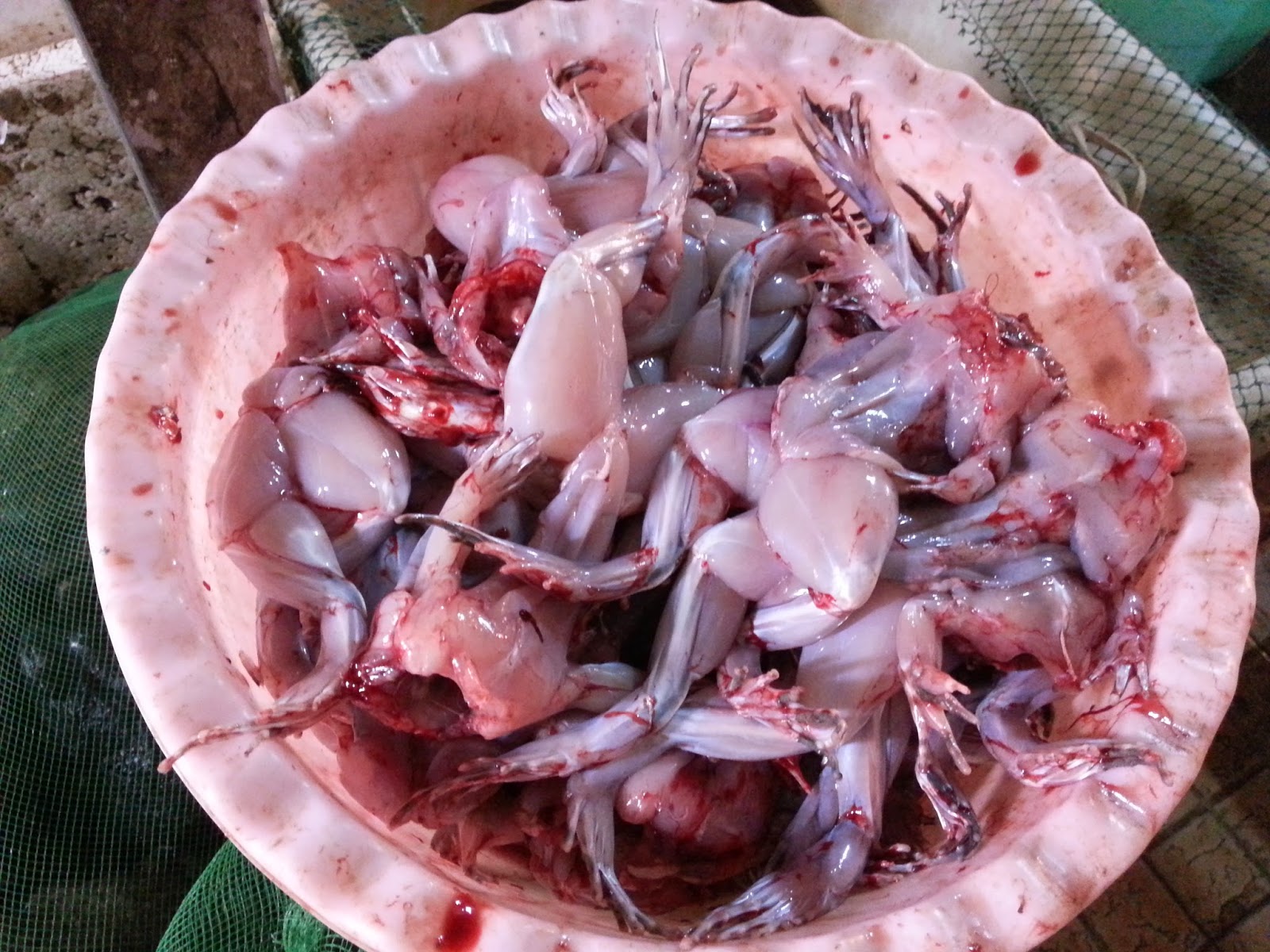 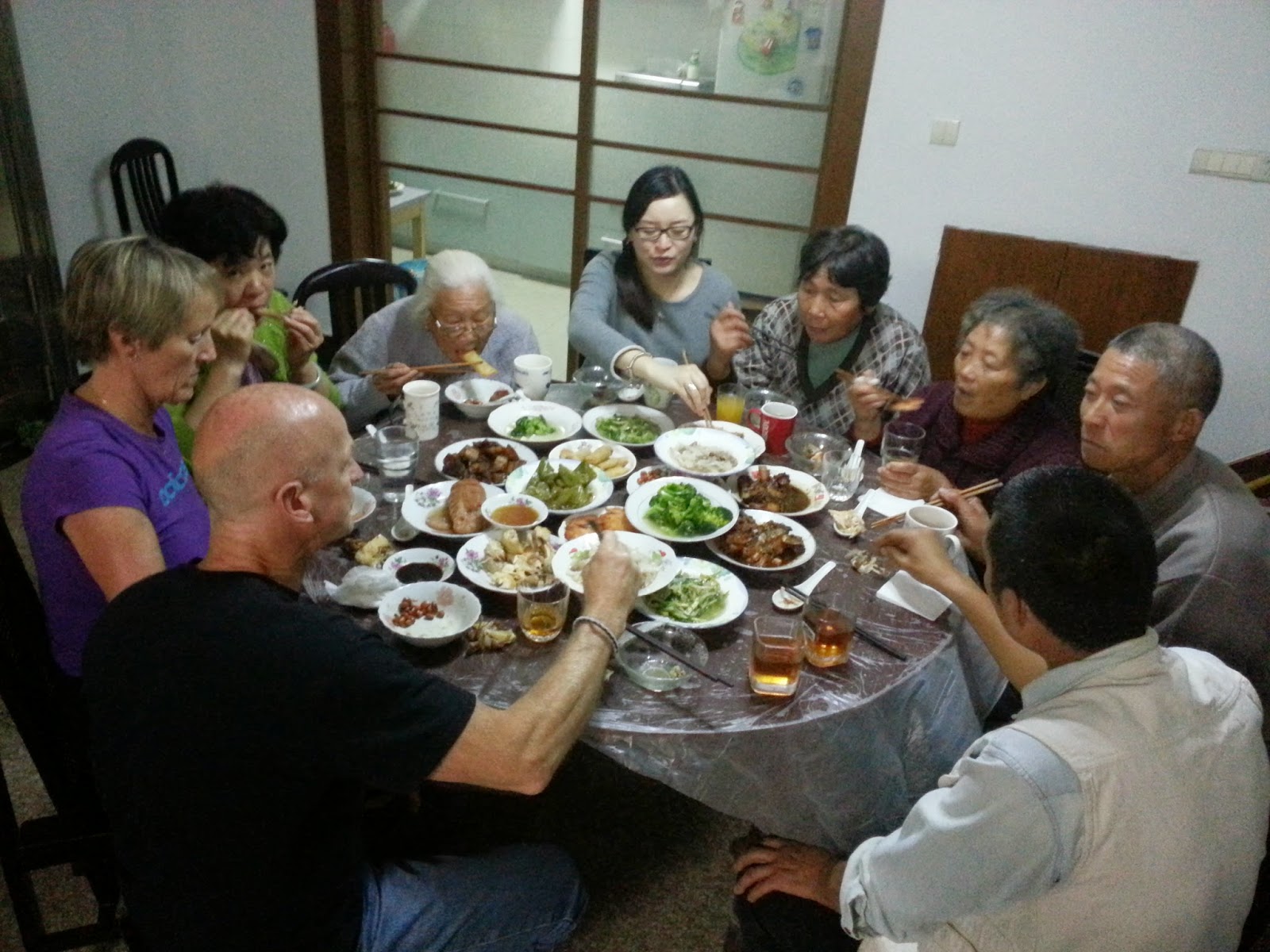 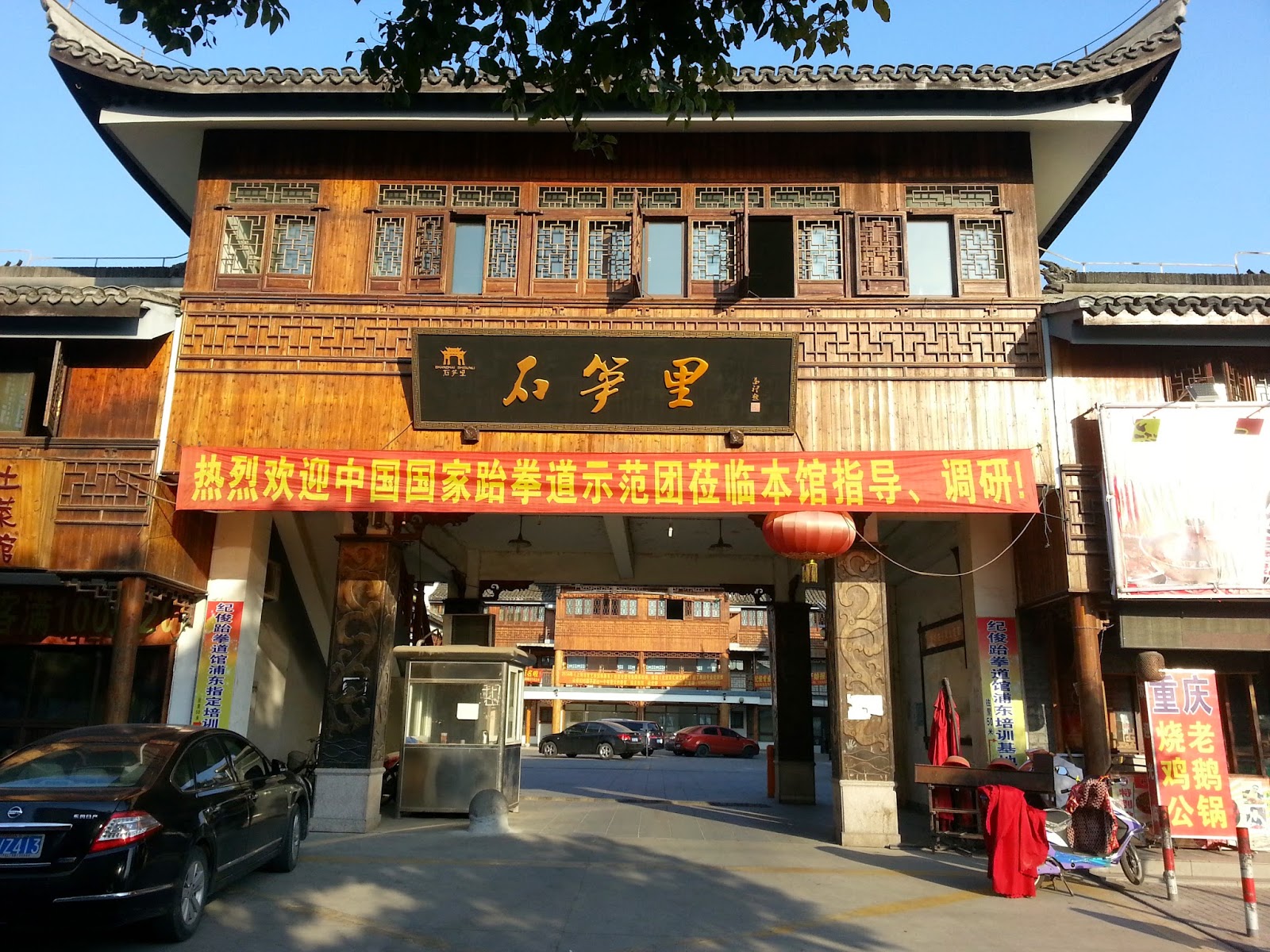 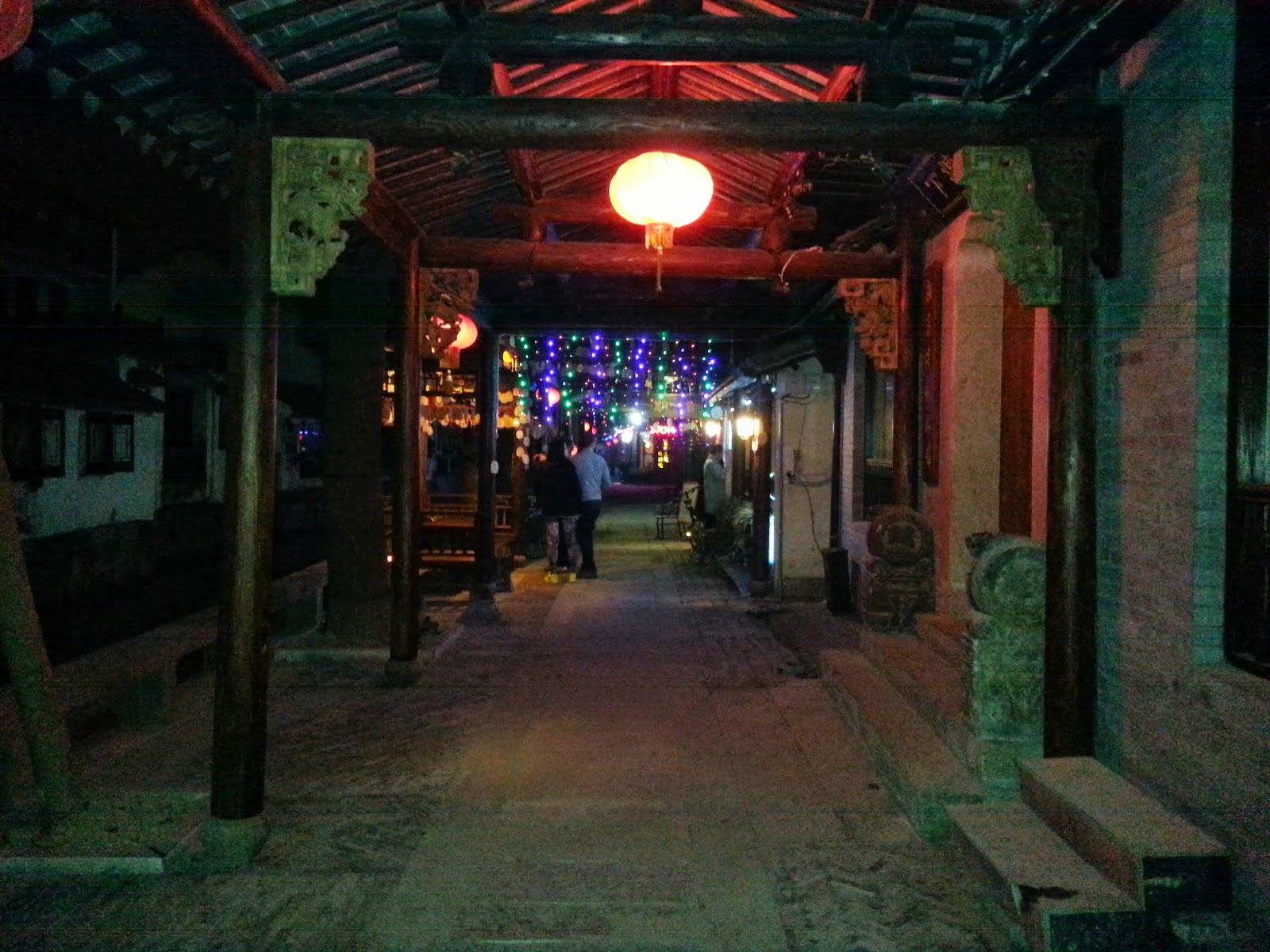 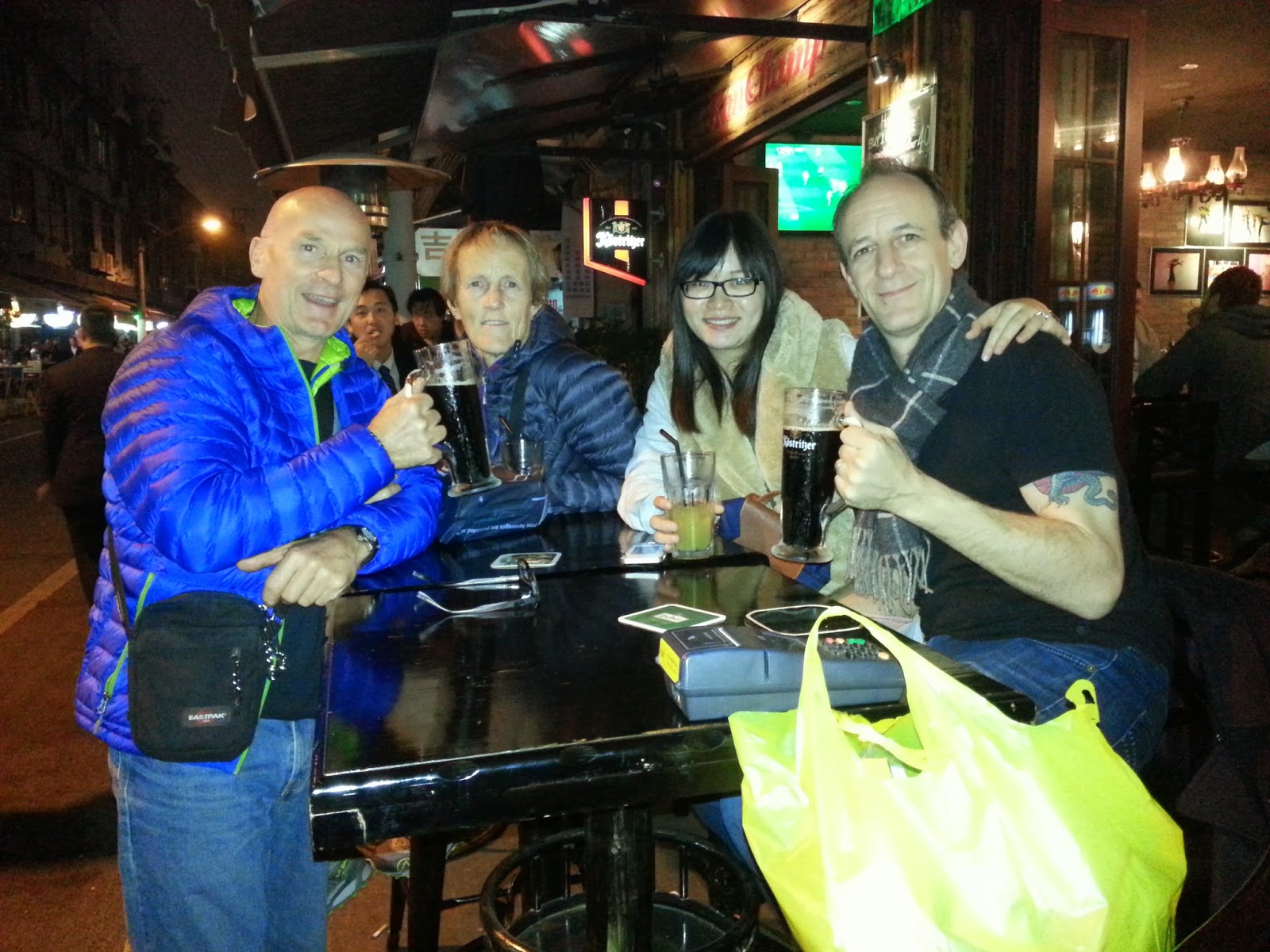 That evening BaBa and MaMa prepared a massive meal of at least 10 different dishes and we were introduced to the older and most important members of the family. The food was amazing though the "Yellow Wine" was absolutely disgusting. That night we tried to get over our jet lag with stuffed bellies.

Next day we moved to Dave and Jenny's apartment in the new part of Pu Dong about 45 minutes drive away. We noticed straight away a massive increase in traffic noise and tooting horns as well as a marked decrease in air quality. I suppose it's understandable as 23.5 million people live in Shanghai!

It was with relief that we finally left the city on the 4th day and took a flight to Guilin and then a taxi on to Yangshuo. We had booked a room in a small hotel opposite the world famous Moon Hill cliff about 6 km south of Yangshuo, which proved to be a very smart move as it was much quieter and cleaner than in Yangshuo town.


Next morning we hiked up the steps for 30 mins to arrive at the cliff, which consists of an arch with lots of stalactites hanging down offering steep climbing on good holds. Whilst our initial impression was that it was pretty small, compared to the crags we climb on in Europe, it looked as though we'd have lots of fun nonetheless. However on closer inspection we noticed that all the first and many of the second bolts had been removed. That was definitely a bad thing as it meant I'd have to climb higher before clipping the rope in for safety. So we started off with an easy 6a on the right and then Elaine would clip the rope into the lowest bolt of the next route as she lowered down and that way we'd be able to top rope the starts. We did three nice warm ups and then I decided to go for it on Over the Moon (Todd Skinner's famous 7b+) despite the absence of the 1st and 2nd bolts. The climbing up to the 3rd bolt at 8 metres was precarious at about 6b+. After that it really steepened up but the holds were great and there were plenty of knee bar rests (plus all the bolts were in). Unfortunately half way up the climb two park officials arrived and told us to stop climbing. Each time I clipped a bolt they shouted "Hello, come down, no climbing". They didn't understand that I had to get to the chain in order to come down. Eventually I lowered down, stripped the draws and then we had to pack in. We didn't climb there again and I didn't get to do Red Dragon (8a/8a+) which was my main objective for the trip. I was absolutely gutted!


After that we had to climb at lots of other crags, sometimes walking or using a bicycle to get there. At this point, I have to say that we were generally disappointed with most of the places we climbed and we did find ourselves counting down the days until we could escape. Most crags were very over rated and only had a handful of climbs. Most climbs were super polished. Lei Pi Shan and White Mountain were the most polished, despite (or because of) having some really great climbs. It was utterly frustrating to fall off 7a's and 7b's because your feet zipped off the glassy footholds. I completely lost my normal confidence and dared not try anything hard. Another irritating factor was the topo. "Yangshuo Rock Climbs" has to be the worst climbing guide we have ever had the misfortune to use (even worse than the Alpes Maritimes topo and that's saying something!). We found the maps, directions and hand drawn topos totally inaccurate and the route descriptions were full of unhelpful American hype.

Eventually we returned to the noise and smog of Shanghai. Dave and Jenny gave us a great tour taking in the incredible views of the sky scrapers and then we boarded the plane to Paris. We'd had a great adventure and we were actually a bit sad to leave. However, during the flight down to Nice I sat next to a window and watched the sunrise. As we headed south we flew past les Alpes, Le Lac St Croix, over the Gorges du Blavet and over the Esterel, over Ile St Margeurite and Cap d'Antibes. It was a beautiful morning, the sky was clear and blue. It reminded me how lucky we are to live in such a lovely part of the world and it was great to be back home! 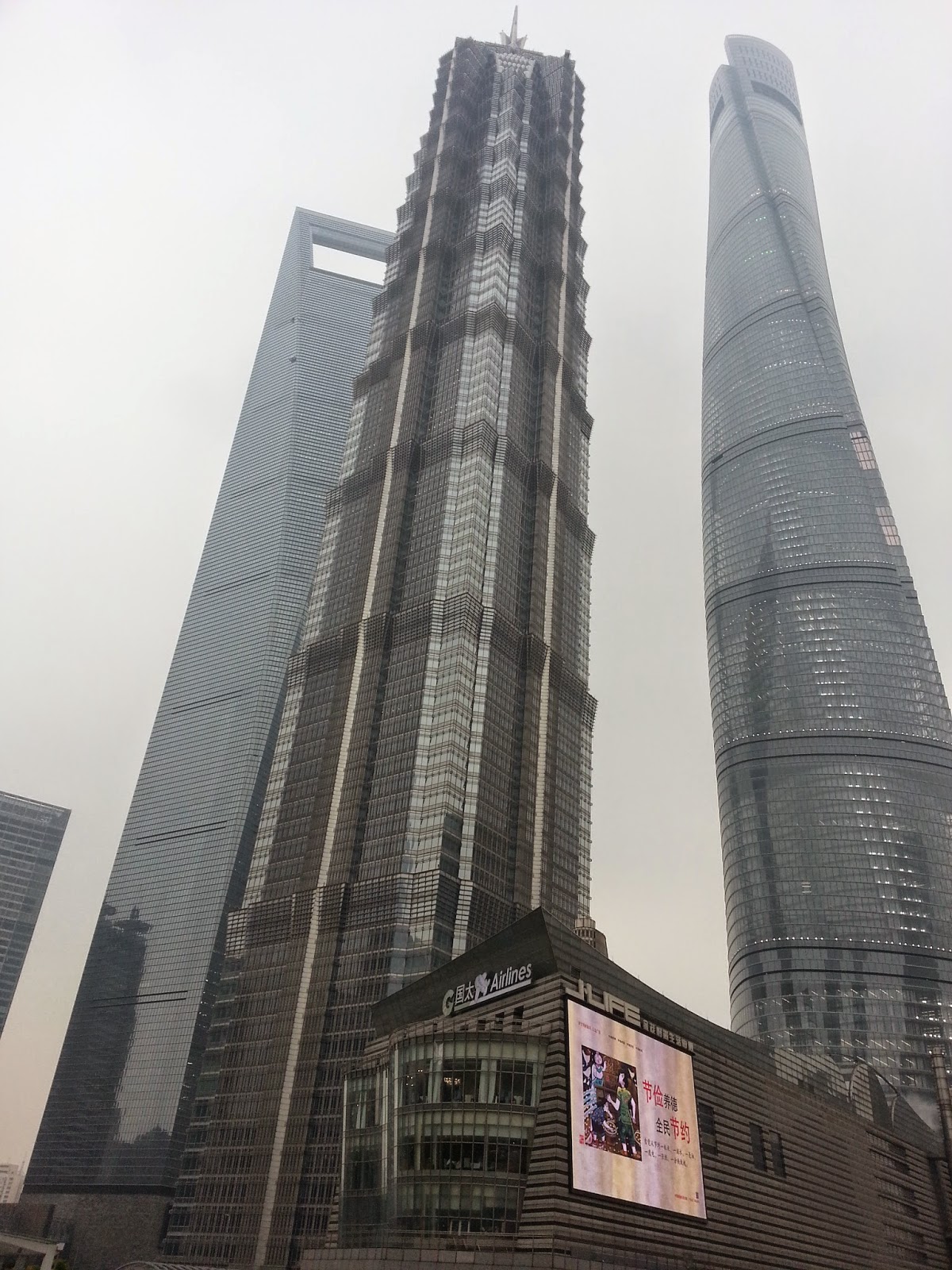 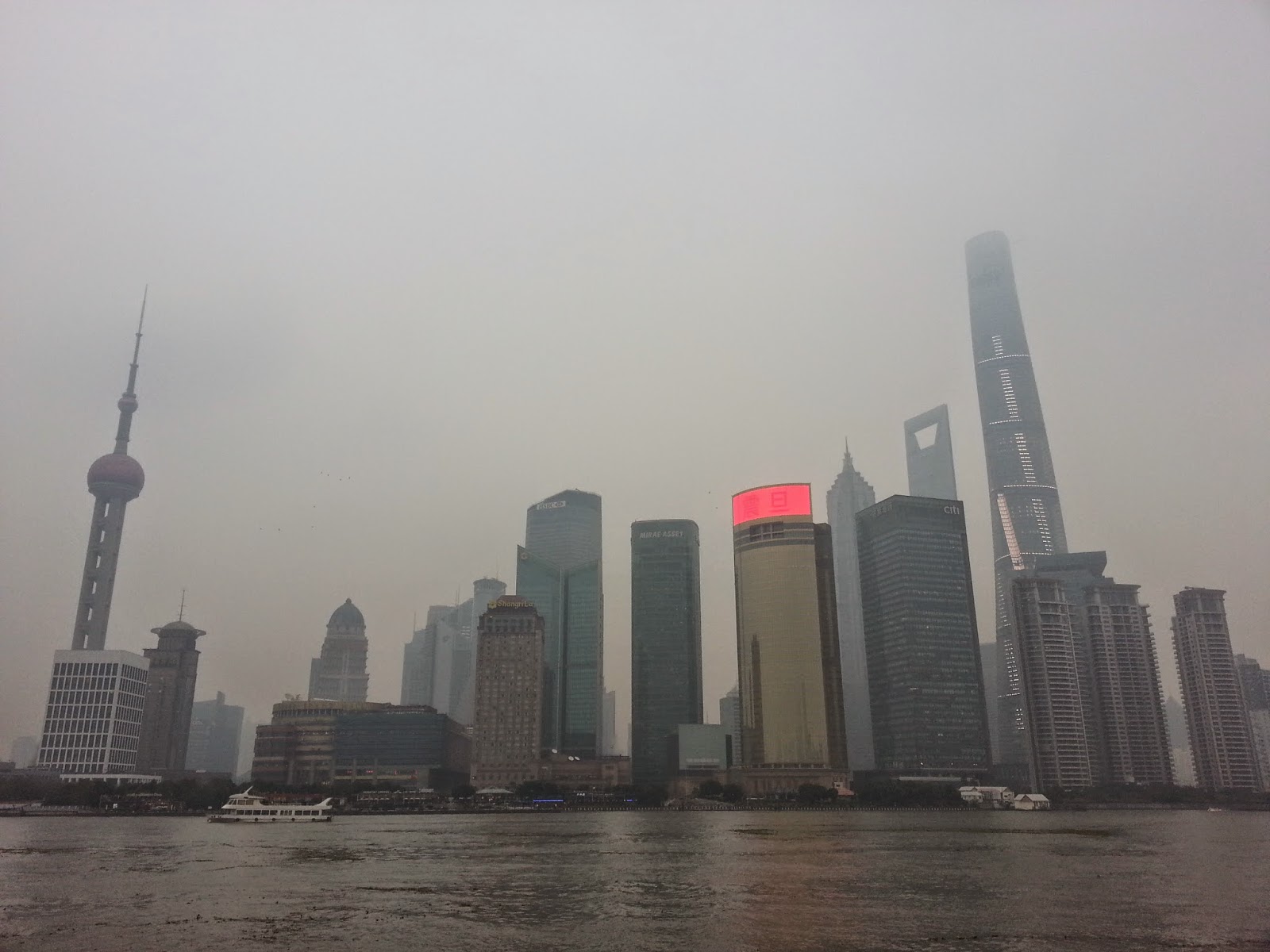 PS
Yesterday we looked at some 14 week old border collie puppies. We chose a tricoloured female who we've called Ruff (because Scamp used to ruff when she barked). We are going back to pick her up next Saturday after our short visit to Liverpool. Her first adventure will be in Sicily. Bring it on!